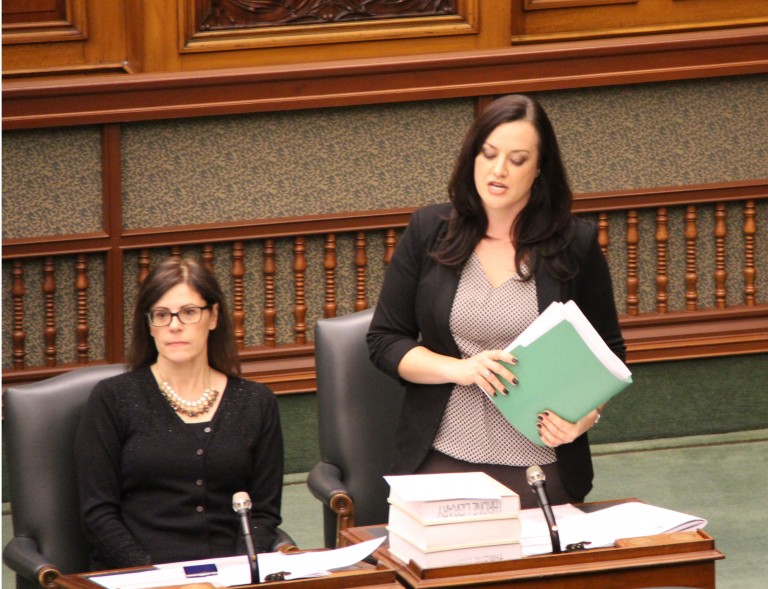 Queen’s Park – After asking Oshawa residents to share their hydro bills with her office, yesterday Oshawa MPP Jennifer French delivered over 100 local hydro bills to the Premier’s desk during a speech in the Legislature.

“I hold in my hand more than 100 bills from families, seniors and businesses across our community,” said French. “These constituents felt strongly enough about this issue to take the time to drop their bills off or mail them into my office, and today I am sharing them with [the Premier]”.

After the Liberal government refused to acknowledge the hydro crisis in Ontario, MPP French began collecting local hydro bills to show the Premier what the reality is for hydro users in Ontario.

“Families in my community are tired of paying for Liberal mistakes on their hydro bills, and they are ready for action,” said French. “It’s time that [this] government addresses this crisis instead of leaving my constituents in the dark.”

The package of hydro bills was accompanied by a letter from MPP French, demanding that the Premier address her community’s concerns.

“Premier, the people of Oshawa look forward to your response,” said French.